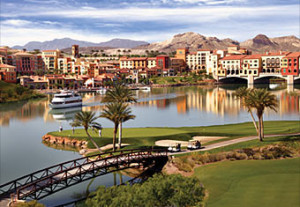 Henderson Property Management offers experience you can trust from a company that's been in the industry for nearly 30 years! We know life gets hectic and we know how busy you are. That's why we offer fast and convenient online services you can utilize anytime, day or night. Tenants can fill out online applications and even pay their rent online. Owners can access detailed accounting reports and get their rent pay via direct deposit. At Henderson Property Management, making your life easier is what we're all about!

Beautiful Henderson is a suburban city just minutes from the glitter of the Strip, and is the second largest city in Nevada. In 2006, Money magazine ranked Henderson 20th in its annual list of the top 100 places to live in the U.S.! Known as one of the driest places in the U.S., Henderson is near tranquil Lake Mead and hosts notably mild winters and hot summers.

Fascinatingly enough, the township of Henderson emerged in the 1940s to supply the country with magnesium, the "miracle metal" of World War II. The city is now a premier residential community offering residents supreme Henderson property management choices, and an abundance of cultural events, special attractions, and outstanding recreational facilities.